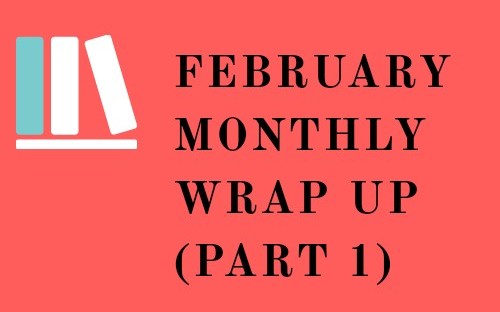 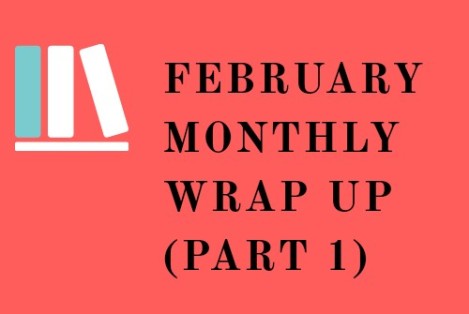 Welcome to my second monthly wrap up . February being the month of love was a month of romances for me. I ended up reading 13 novels in February and while writing the reviews I realised I should divide it into two parts so that you don’t get bored reading 13 small reviews all at once. So march has been really busy for me leading to the delay in writing the WRAP UP. I hope you enjoy reading it.

1. Christmas Secrets By The Sea by Jane Lovering

This book had a very different voice. And it took me some time to get used and I was really happy that I did . It had such a sweet romance . Was super descriptive , with a little slow pace which made it all the more amazing to read . It follows the main girl who finds herself near the cost of Dorset beach (England) after she has lost everything ( her business , her fiancé and a kid on the way) . She goes through a troubling time and her fiancé takes advantage of it which ends up making her broke . In Dorset she meets a small café owner and her son who are going through their own financial woes and at the same time there is a shooting for a show happening the director being the main girls friend and her getting the job to be PA for the main actor (the main guy) who had a tumultuous past due to a hippy father and mother who left him when he was a kid and there was also the ever present Irish charm. It was a delight to read their story and how the two characters come together and form a perfect couple understanding each others past insecurities . A total recommendation from my side. P.S. it was their respective dogs which bought them together. I was provided an e-copy by the publisher.

2. Anything For His Baby by Michelle Major

This one was a cute , small novel involving a feisty main girl , a single hot dad and a really really cute baby . And isn’t the cover just adorable. So I have just started enjoying the single dad romance trope and this was a really good addition to it . The main girl wants to run her grandmothers inn but her mom sells it to the main guy . Sad and heartbroken but at the same time the main girl understands the main guys baby has taken a special liking to her she pitches in a deal. She would nanny the main guys baby and also find a suitable nanny and at the same time he would give her a month to start the inn and return it to her . But lets just say the deal doesn’t go as planned . If you are looking to read something small with all the swoons then give this one a try. I was provided an e-book by the publisher Harlequin . 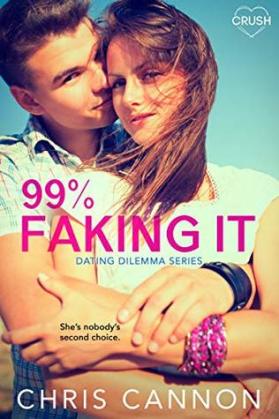 When I read it I did enjoy reading it but there was nothing memorable about this book . It involves fake dating which is mentioned in the cover . The book was cute and a two hour read but not something I am going to recommend . It involves the main girl being tired of being in the friend zone. She fake dates the guy to make him realise that he should start looking differently at her . But then half way through the book the main guy realises his feelings and the main girl gets tired of feeling like a second choice. So it felt like chasing the goose. One person doing wooing in the first half and the second one doing it in the second half of the book. I was provided an e-copy by the publisher Entangled Teen .

4. The Crush Collison by Danielle Ellison

This one is a definite recommendation from my side. You can see the cover is so adorable . The book was equally as adorable as how the cover depicts the relationship between the main characters. It involves the brothers best friend romance trope which is honestly speaking not one of my favorites but this one took me for a huge surprise. Its a definite recommendation from my side. It involves football , shattered dreams , coming to terms with the reality of an accident for the main guy which affects his brother and the main girl accepting her dreams for painting , striving for it and for the guy of her dreams . You can read the full review here . I was provided an e-copy by the publisher Entangled Teen .

Presenting you another book in the single dad romance trope . It has a pretty sweet romance but I just felt that yes the kid was there but author could have just given the kid part more focus or showed more dynamic it added to the main characters relationship. It involves the main guy who ends with a kid one fine day and after a few months trying to handle it on his own with his brothers and sister he tries getting a nanny . The main girl is from a different city betrayed by her husband and feeling as if no one in the town was on her side she decides to moves to this small town and make some good use of her children welfare degree. All in all Maisey Yates is a master story tell and you don’t feel bored at any point of tie. So this book is part of the Gold Valley series and opened me up to many other characters whose stories I was super excited to read and did end up reading after this one.

6. Snowed In With The Cowboy by Maisey Yates

This book is part of Gold Valley series. In the above book I mentioned the main guy has brothers and a sister . So he has two brothers and a step sister . This one revolves around his oldest brother and his step sister . This book was a fucking hot mess , first with the irresistible sex and then with the excessive pent up emotions between the main characters . This ones a definite recommendation from my side. Just want to make it clear that the characters were not related by birth to each other . The author dealt really well in describing when their feelings developed and how both of them had been so efficient for years in hiding their feelings. And even when they confess on a day of unexpected snow storm they are scared about disturbing their family dynamic. All in all it was a super sexy read oozing emotions.

If you enjoyed reading this you can also read my January Bookish Monthly Wrap Up from the link below.

I HOPE YOU ENJOYED READING MY MONTHLY WRAP UP.

HAVE YOU READ ANY OF THESE.? DO YOU PLAN TO ?