Just thinking about this book is making me blush . It was super tingling hot with its smut scenes and the super amazing connection between its main characters from the very first chapter . This book is the second book in the series Sometimes In Love (I haven’t read the first so I can say even you don’t even need to, to understand this one ) . So the main characters already know each other that’s why there is a great tension between them. Basically they meet in London where the main girl Bonnie goes with her friends for a trip and even though they have a huge ball of attraction between them she controls it because she is already engaged .

This book starts after about a year after the first one in Chicago . Lets just say the fiancé who was the one between the main characters Bonnie and Theo (Theo is the main guy)gets sidelined because he was a massive dickhead and even though he is the one who cheats he tries to behave as the guilty party . I really liked how Bonnie handles or moreover the author handles her character post breakup. At the same time Bonnie’s best friend is getting married to a Scottish guy she met in London during their trip (The first part revolves around their love story) so its Bonnie coming to terms with her breakup , her not so happening marriage and lets just Theo ends up being a great friend to her during this time. And Theo is in Chicago to do something for his mom and also he is the best friend of the Scottish guy.

So Bonnie is a professor of English in a university in Chicago and loves giving her touch to Shakespearean plays which leads to her getting a job offer to teach a summer program in Cambridge University . So in the midst of her whole future falling down this job acts as a savior. There is a lot of reference to Shakespeare plays and Jane Austen novels in this book which was honestly really fun to read. Now I should even let you all know that there is something Theo is hiding about his identity ( he is part of the British royalty) . And even though royalty , his dad kind of drained there money and so his mom is on a quest of marrying him to a rich girl (uhm uhm !!) . I really liked that when Bonnie came to know that Theo was royal it didn’t make her feel less nor did he become someone unattainable. That the tag of royalty did not matter to much to her . So the first part of book is set in Chicago and the second part in Britain.

This is a really sex positive book . There is a repeated questioning of consent by each of the characters whenever smut scenes occour . Theo repeatedly tries to put the ball in her court so that she gets to make the final decision . There are a lot of funny and honest scenes due to this and I really liked how Bonnie and her friends discuss their doubts and inhibition related to sex with each other ( I believe we all need a friend circle like that ) . I can put this book in the bracket of Insta-Attraction. And it was nice to see through the whole book Bonnie grow as someone who planned every detail of her future to becoming someone who lived in today . And lets just say the time Bonnie and Theo spend in Britain was super fun to read. So if you want to curl up and read a book which promises HEA with a superb connection between the character’s this is a book worth picking up. And this author has been added to the list of my favourite Romance Contemporary / Steamy authors list !!

Thank you so much St. Martins Press for providing me with a e-copy through Netgalley . 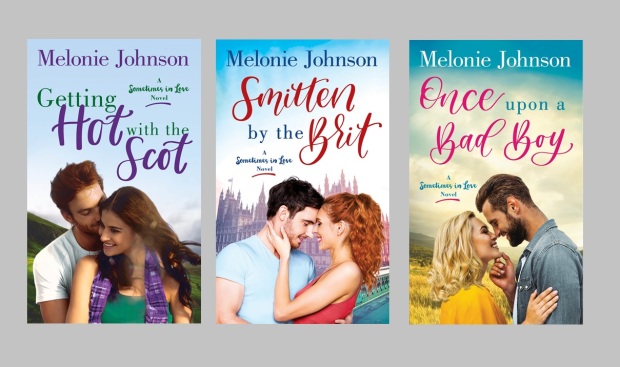 THANK YOU SO MUCH FOR REDAING !!

DO YOU THINK YOU WILL BE PICKING IT UP ?

I WOULD LOVE IF YOU COULD SHARE SOME OF YOUR FAVOURITE ROMANCE NOVLES WHICH ARE SEX POSITIVE IN THE COMMENTS . AND FEEL FREE TO SHARE YOUR THOUGHTS