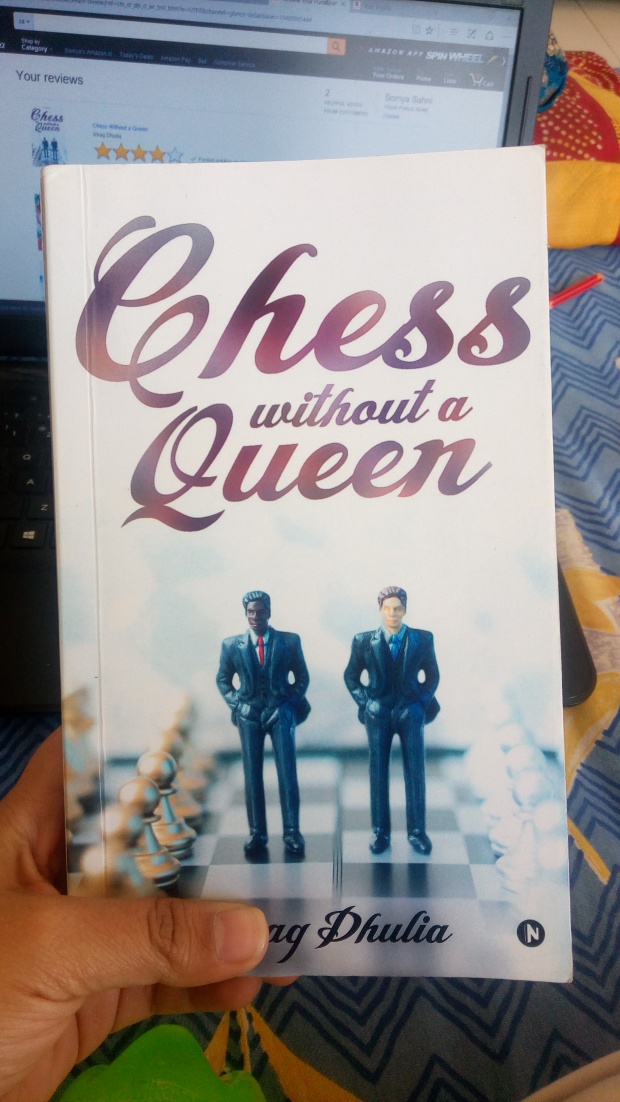 When I read the synopsis of this book I was highly intrigued , and I would confess I was a little bit confused too but I knew that I had to read it. It took me two whooping days to finish this book , as I just couldn’t keep it aside , eager to know what would happen next. Whenever I thought let me put it down that very chapter would end with a plot twist , leading me back into the book deeply.

This book has a plethora of characters and plot twists , I guess something familiar with everyday politics which revolves around us. With politicians in foreplay and other sub groups such as media houses , police men , the poor and the rich business magnates who all get consumed into it , some happily and others not too happily .

So this book unravels its story a month before the always landmark elections of the glandulous state of Uttar Pradesh. The author has shown two major parties in the state , with the one already in power for 15 years , and the other one which was in power before it. The party which is not in power , indirectly starts projecting its heir apparent Rishabh Tanwar as part of the Young India Brigade and the messiah who would bring changes that U.P. requires. He returns from England and on the day he reaches he is kidnapped, revealing anything more wouldn’t do justice to the book as it deserves to be read for its plot twists.

At every point in the book someone is scheming, all in the pursuit of money , power and position. It shows how intricately all the points in the system are joined but at the end of the day its the top politicians who do what they want to do and can swiftly put the blame on someone else.

This book made me realise that wasting every breath and word on politics is a huge waste of human energy because the ones on the top especially the opposition parties , have a different front in the eyes of the people, and the very people who oppose each other can be best friends behind closed doors.I really loved the ending , how it did not disappoint the whole plot and made me feel wow , that was pretty smart , I didn’t really think about that. And I was happy with the ending. In this book every single person in plotting , and thinking I am outsmarting the other but the ones who really outsmarted everyone end up being the real winners , and the beauty being no one else realizes it. To read about the real players of this sleazy game of politics you would have to read till the very last page.

Basically this book is for everyone out there who would love to read a political thriller which is a maze in its own right. Someone who wants a fast paced book which wouldn’t bore till the very last line.

Disclaimer: Thanks to author for a copy. All opinions are my own.

SO DO YOU WANT TO GIVE IT A READ?
ARE YOU THRILLED BY THE REVIEW ?
DO LET ME KNOW IN THE COMMENT SECTION